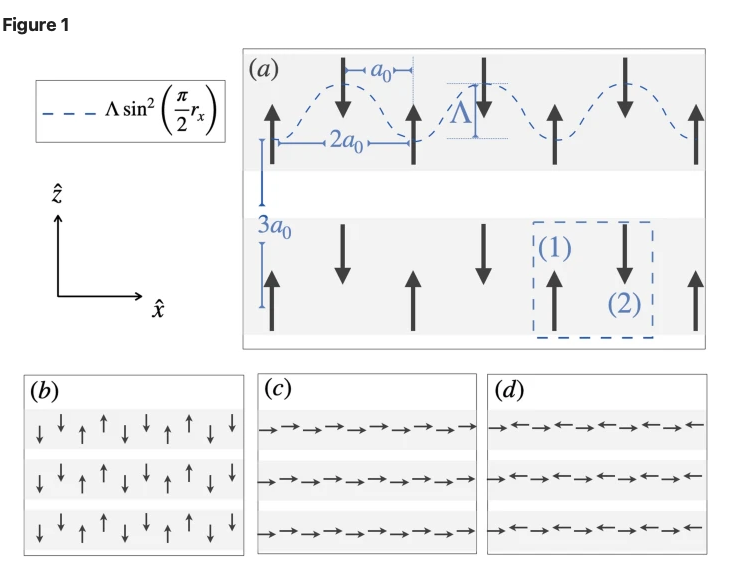 We study a simple magnetic system composed of periodically modulated magnetic dipoles with an easy axis. The blend of anisotropy due to dipolar interactions between magnets and geometrical modulation induces a magnetic phase with fractional Zak number in infinite chains and end states in open one-dimensional systems.

A population study of protoplanetary disks imaged with ALMA reveals that transition and ring disks are more common around higher mass stars. A comparison with exoplanet demographics indicates that Neptune and Jupiter mass exoplanets could be responsible for creating the observed protoplanetary disk structures. 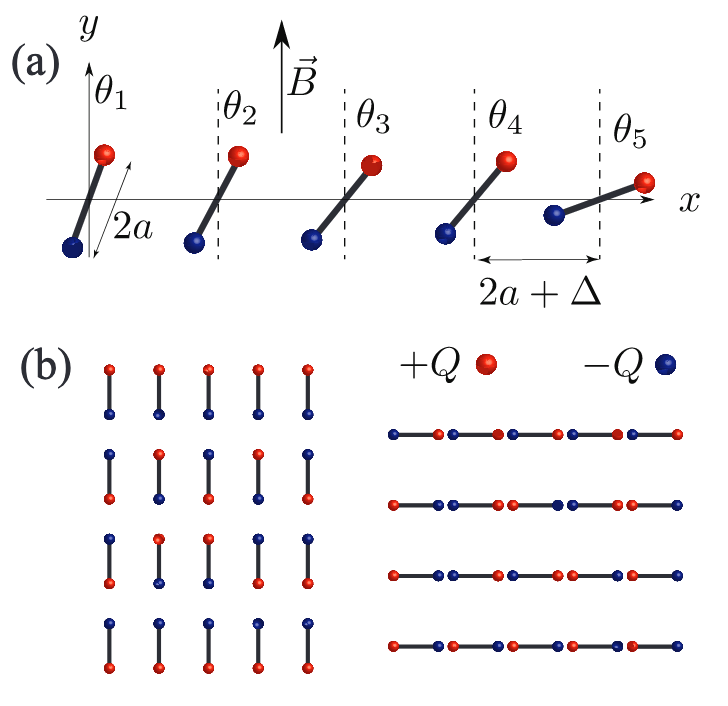 A small number of XY magnetic dipoles are subject to an external magnetic field for studying the origin of their collective magnetic response. 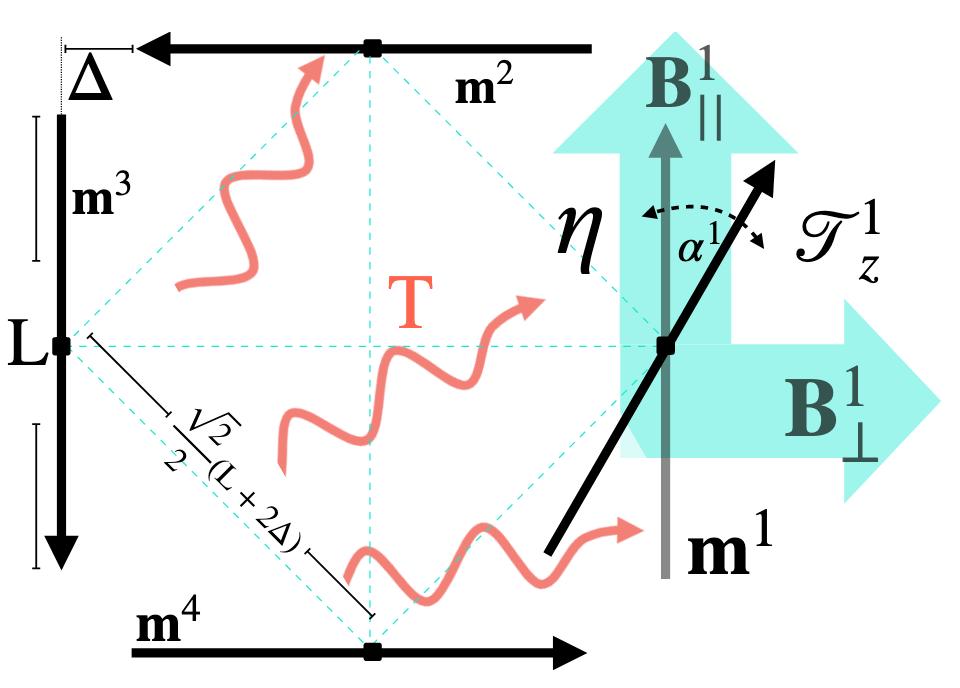 Solution of the Langevin equation for a set of interacting x-y dipoles allows the identification of the time scales and correlation length that reveal how interactions, temperature, damping and inertia may determine the frequency modes of edge and bulk magnetic mesospins in artificial dipolar systems. 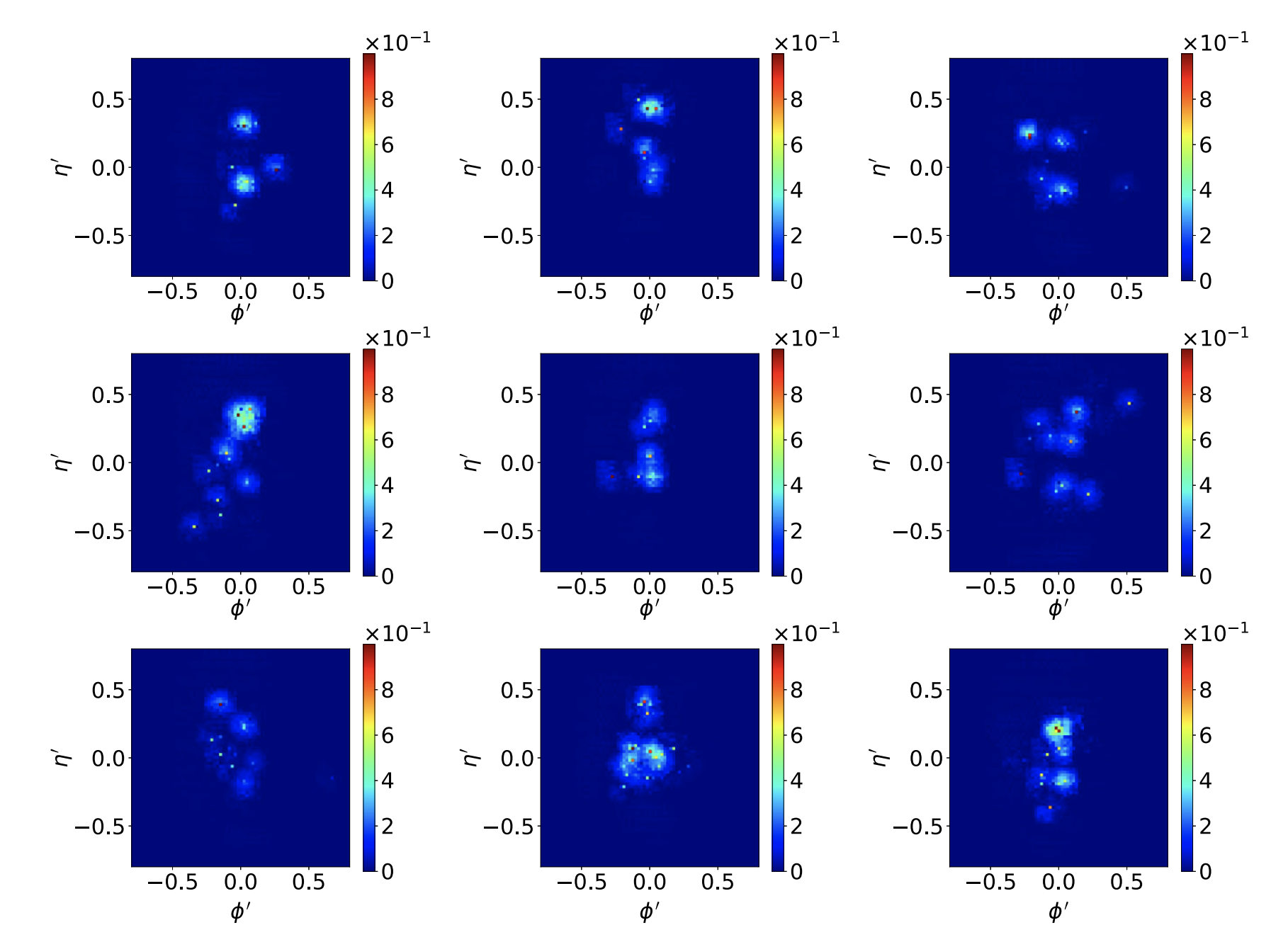 Study about the combination of the anisotropy of magnetic interactions and the point symmetry of finite solids in the study of dipolar clusters as new basic units for multiferroics metamaterials. It is found that the clusters carry spin current and that they manifest the magnetoelectric effect.

Discovery of a warm transiting gas giant using the data from the TESS mission and a number of spectrrographs in Chile. Part of a key project of our group to characterize gas giants with long (P>10 d) periods.

A full list of publications for Astrophysics@UAI can be found in the following NASA ADS public library.

A list of the publications for High Energy Physics can be found in this INSPIRE institution list.

A list of Condensed Matter/Material Physics/Nonelinear Physics can be found in the following NASA ADS public library (this list is not complete as ADS lacks some journals in this area).

Finally, all together in a single ADS library!